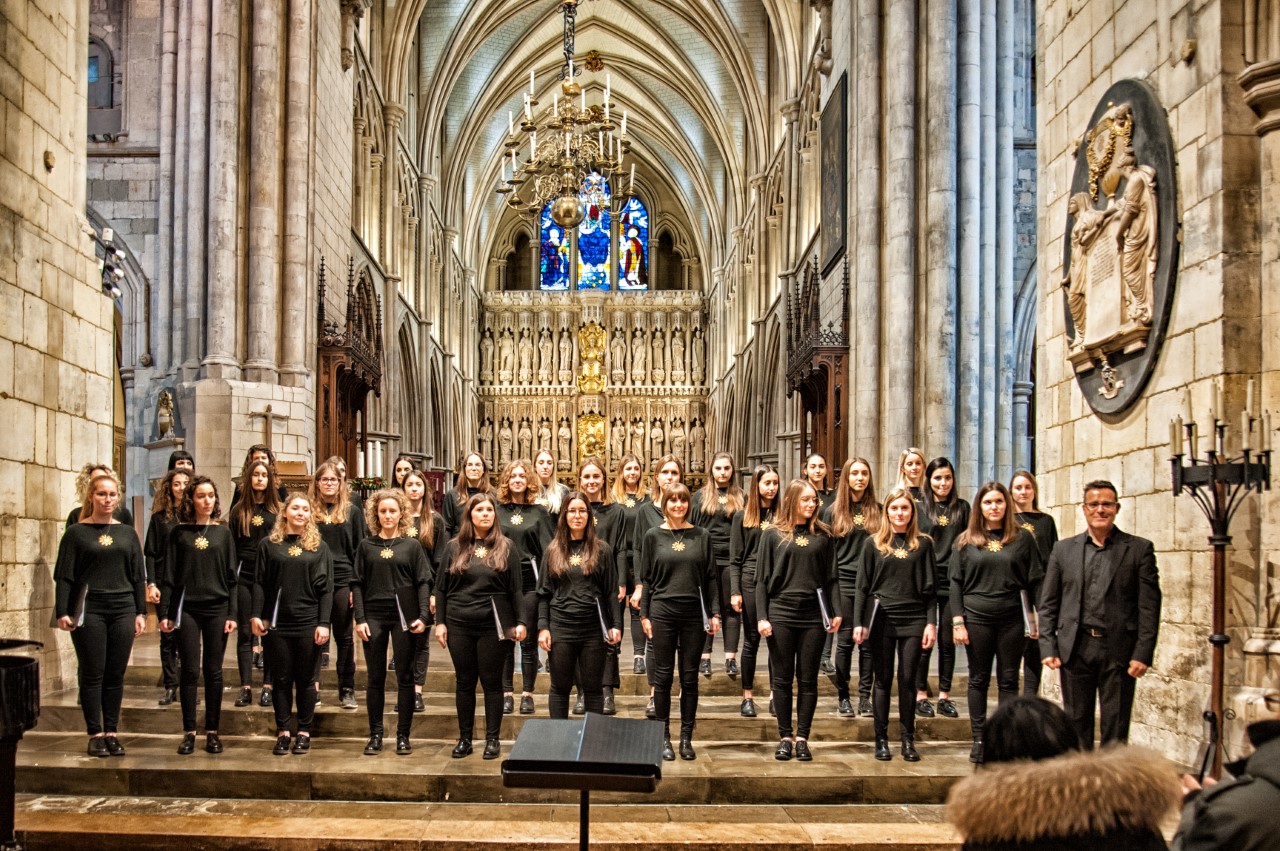 The choir Piccolo Coro Artemìa from Torviscosa (Udine-Italy), was founded in 2009. In their intense artistic activity the choir has been invited to hold concerts in important national and international choral festivals in Slovenia, Austria, Czech Republic, Belgium and Canada. The choir collaborates with the Mitteleuropa Orchestra, the Kammerorchester Allegro Vivo from Wien, the Baroque Orchestra Solamente Naturali from Bratislava. The choir has won many national and international competitions:

In 2011 has taken part of the “Ivy Tour” with the Italian singer Elisa and sung in the most important theatres in Italy. In December 2011 they release their first CD Wolcum!, dedicated to the choral music of Benjamin Britten. In 2012 Elisa's CD Steppin' On Water was released in the USA and Canada. Piccolo Coro Artemìa sung in three tracks.

In September 2012 the choir sang in front of 150,000 people with the italian artists Elisa and Ligabue for the concert Italia loves Emilia in support of the population that was hit by the earthquake. In July 2015 the choir represented the youth choirs from Friuli Venezia Giulia region of Italy with some performances at padiglione Italia-Expo 2015. In September 2015 the choir is again on stage with Elisa, Mario Biondi and the italian band The Kolors for the charity concert Amici a Cividale. In September 2017 the choir took part in the big concert for the 20 years of activity of the Italian singer Elisa at the Arena di Verona.

The choir is conducted by Denis Monte.

In October 2019 he won the range of excellence at "Corovivo 2019 Confronti corali del Friuli Venezia Giulia" and the prix for the best interpretation with the song "Rainbow" by E. Toffoli, arr. A. Cadario

In September 2017 he sings with Elisa and other Italian and international singers (Francesco De Gregori, Fabri Fibra, Jack Savoretti, Luca Carboni) at the concert "Together Here We Are" to celebrate Elisa's 20 year career

In September 2015 he is back on stage together with Elisa, Mario Biondi, The Kolors and other pop artists for the charity concert Amici a Cividale

In May 2015 he won the first prize in the music category of the author at the 39th national choral competition of Vittorio Veneto. Award for the best director of the competition at Denis Monte

In 2014 he took part in Styria Cantat at the Helmut List Halle in Graz, performing first of all songs by Daniela Terranova and Klaus Lang

In 2012 he sang with Elisa and Ligabue at the Italia Loves Emilia concert in favor of the Emilian populations hit by the earthquake in front of an audience of over 150,000 people

In 2010 he took part in the recordings of the CD and DVD Ivy and Steppin 'on water by Elisa and participated in the theater tour Ivy I & II in the major Italian theaters.

In 2009 he won the 5th National Competition for Malcesine white voices, winning the first prize in all categories. Award for the best director of the competition at Denis Monte